Swapping high-pressured hospital roles for the intensive care for Invercargill’s elderly has been a welcome change for two of Invercargill’s newest migrant nurse recruits.

They moved to Invercargill in July last year to work in Enliven’s Peacehaven Village care home, Mark in the Iona dementia unit and Mona in the hospital wing.

They are among dozens of nurses employed by Enliven last year following a targeted recruitment drive to address the significant nurse shortage in the aged care sector.

Enliven had offered to employ Mark and Mona initially as senior care workers so they had an income while they completed the required paperwork to become registered nurses (RNs).

To become New Zealand-qualified RNs, international nurses are required to sit an occupational English exam and get their qualifications and work experience verified, a process which took several months to complete.

Enliven had provided them with support on a variety of levels to make the transition easier for them.

“Enliven has made the process very easy for us,” Mona said.

The pair were enjoying their new care roles where they could oversee all the care needs of their patients, get to know them better and develop relationships with them.

“The residents have become like our small extended family…which had created a greater level of work satisfaction,” Mark said.

In their previous roles, they had little and often fleeting interaction with the patients they cared for.

The Filipino couple had moved to New Zealand in search of a better life for their young family.

“It is very safe and peaceful….and very scenic,” Mona said.

“…and the people are very nice,” Mark added.

Mark said they had made the move because it difficult to raise a family in the Philippines due to the high cost of schooling.

The pair have two children aged two and eight years who were still living in Philippines with extended family. Mark and Mona are in the process of applying for New Zealand residency, which would enable their children to join them.

Mona said being away from their children was difficult, but they were focused on creating the positive future they wanted for their family.

Despite the cooler climate, they had not found it difficult to adjust to life in their adopted homeland.

“We find Invercargill very multi-cultural, and there is a large Filipino community here,“ Mark said.

The couple’s advice to others considering relocating to New Zealand was to start the paperwork straight away because it could take several months to complete, and not to get disheartened by the lengthy process. 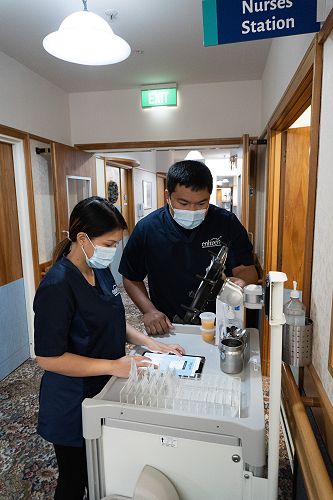 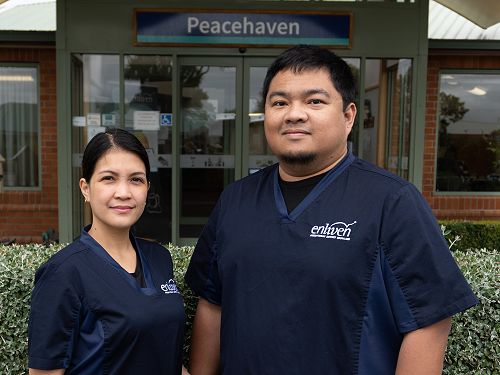 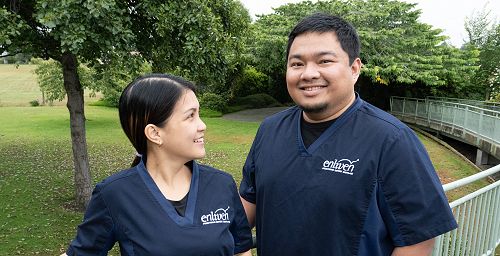